God has impacted many lives through International Bethany Community Church. Here are a few words from some of those people. If you have been blessed by IBCC in any way, please share your story with us! 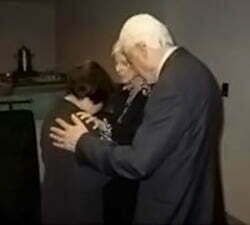 We love our church in Houston. On March 25, 2007 there was a guest pastor from Atlanta with his wife came to preach in our church and at the end of the service, all the pastors invited everybody to step forward so he can pray for each of us individually (or per family).

isotretinoin ordered without a perscription At that time, my wife was pregnant our second child (about 6 week pregnancy) and when the pastor prayed for us, he mentioned: “You will have difficulties with this pregnancy, but Lord will show His glory. I keep hearing miracle… miracle...” he said. When I heard that, I was not really discouraged. I just thought “it’s common for a Pastor to speak like that”.

Huimanguillo Around June or July 2007, we had a letter from Texas Woman’s University, asking us to come with no explanation for what reason.

pfizer neurontin 300 mg cap When we got there, three ladies came to meet us. One lady was a specialist in genetics that explained us about general genetics and chromosome abnormalities. After all of long explanations, she showed us lab test and ultrasound result indicating abnormalities of the fetus. Most likely the fetus would be born with “down syndrome” (idiot/imbecile). Finally she asked us what we wanted to do with the fetus.

It didn’t take long time for me to decide (I never accept abortion for any kind of reason). I mentioned that we accept whatever would happen to us and continue. She then mentioned about one more test that can be more accurate to see the abnormalities (amnion test). I rejected. For me, it will not make any differences in my decision; but my wife wanted to have. At the end of the conversation, I mentioned to them about the prophecy.

After about two weeks waiting, the people from Texas Woman’s University called us and, said that the amnion test result came normal, there is no down syndrome and the other 2 type chromosome abnormality and we will have another healthy baby boy.

On Nov 7, 2007 my second child was born. Everything was normal, he was a healthy baby. When I wrote this testimony, he is 15 months old, very healthy as shown in the photo on the right.

The prophecy came true, God showed His glory to us, and He still will do, Glory to God forever……!!